2016…and time for a new meme from Helena. This year it is “Snap”: between 2 and 4 photos that create a visual set.

I joined in the Winnipeg edition of the 500px Red Bull Photography Global Photowalk this past Saturday, and the theme of the walk was “Action and Adventure”. There were about 30-35 people in the walk…which, as usual, started at The Forks.

The first “action and adventure” we spotted was a man juggling some kind of stick with weighted ends(maybe they get lit on fire for night shows?):

The second activity was a gathering of guys practicing parkour….in case you don’t know what parkour is, check out this article from Wikipedia here. I later found out from cruising Facebook that the Winnipeg Parkour group had planned a “jam” and lots of cool people were expected. What they didn’t expect was to be ambushed by a large group of photographers who were determined to get some great shots!

The first photo shows a guy flipping off the stone wall, with one of the photographers from the photowalk in position for a great shot: 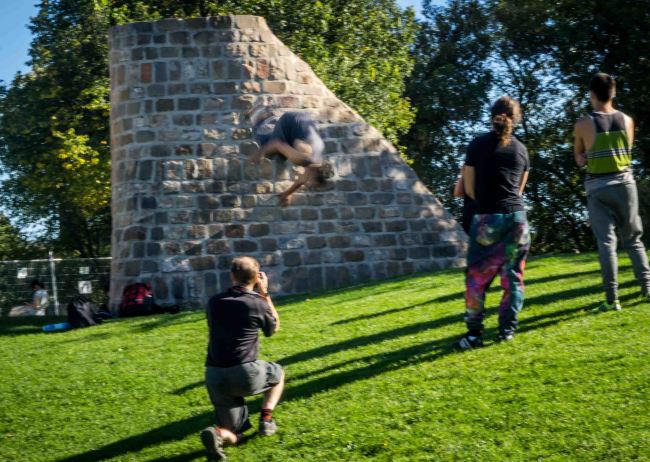 The next is someone leaping, while the rest of the gang relaxes: 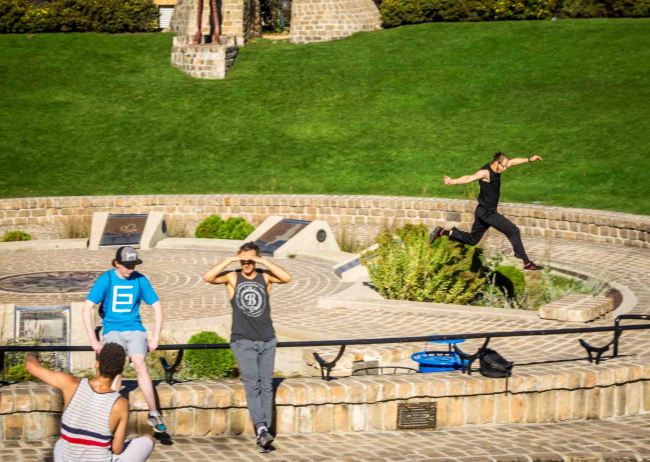 And lastly, a mid-air flip:

I didn’t finish the complete walk(I had to go rescue Stewie of course!)…which was too bad since the last stop on the walk was the skateboard park! Next year!!!

7 thoughts on “Snap: Action and Adventure!”

Please leave a comment. I would love to know what you think! Cancel reply

This site uses Akismet to reduce spam. Learn how your comment data is processed.