The theme of this week’s challenge is “Forces of Nature”. In Winnipeg, the major force of nature is springtime flooding. The Red River is one of the few major rivers in the world that run north and that leads to flooding problems for us. Melted water from the south(with warmer temperatures) can flow into Manitoba(with colder temperatures)before the river and groundwater here has melted…and that can create havoc. Ice jams that cause flooding are also an issue….especially north of Winnipeg.

There was a small ice jam at the Forks in Winnipeg earlier this year in March that I managed to capture before the river-walk flooded: 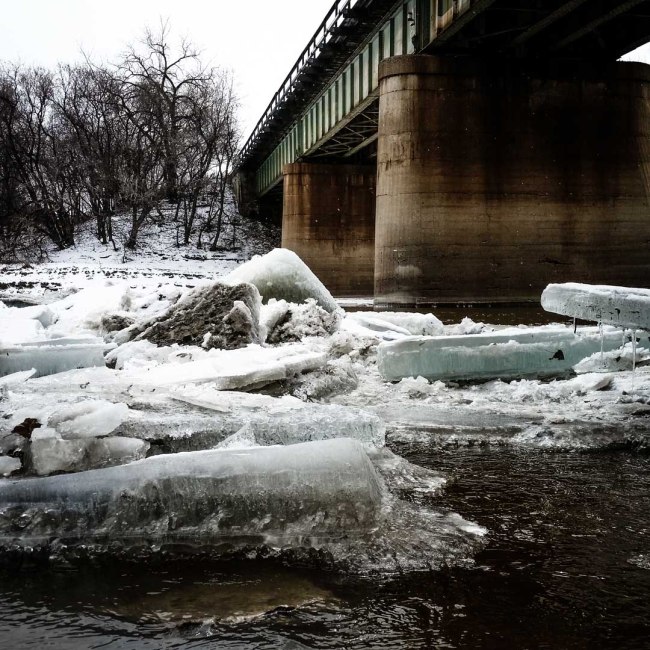 I love how the ice can be blue and green and crystal clear….instead of just muddy(click on the photo twice to enlarge it).

Photo taken with my Samsung cellphone and adjusted with a Lindsay Adler preset in Lightroom.

Please leave a comment. I would love to know what you think! Cancel reply

This site uses Akismet to reduce spam. Learn how your comment data is processed.